Lannister, Stark or Targaryen? It doesn't matter which you prefer, with this excursion from Dublin you'll discover the real places in Northern Ireland where Game of Thrones was shot. 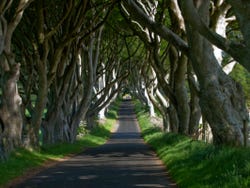 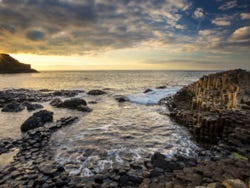 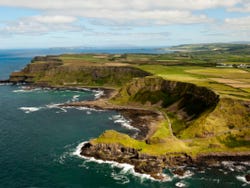 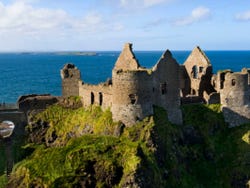 Leaving from the centre of Dublin towards Northern Ireland, our first stop will be The Dark Hedges, an avenue of beech trees planted 350 years ago. Since then their boughs have intertwined like grasping fingers, forming a menacing, haunting tunnel. That's why it was chosen by HBO for the scene where Ayra Stark, Gendry and Hot Pie escaped on their way being transported to Castle Black, and it's the perfect location to take some eerie photographs to take home with you.

The world famous Giant's Causeway is our next stop: a sight unique in the world, made up of 40,000 interlocking hexagonal columns of stone, each one springing from the water at a different height. Today it's a UNESCO World Heritage Site, and has been called the '8th wonder of the world' - a symbol of Ireland and an absolute must see for any visitor to the Emerald Isle.

Next onwards to Ballintoy Harbour, one of the most beautiful harbours in the country, and one which the Game of Thrones crew left almost entirely untouched as it became the fictional location of Pyke Harbour. You might remember it as Theon Greyjoy’s point of return, as well as where Theon was baptised, and the location that they use in season 6 for the scene “the drowning and crowning of the new king”.

Now on our way back to Dublin, we take the coastal route through the Glens of Antrim, offering spectacular views, before heading to Belfast for a flying visit, seeing sights such as the Belfast City Hall, and the Titanic Memorial Gardens, before hitting the road back to Dublin, where we'll arrive between 7:30 and 8:30 pm.

The use of masks is obligatory. Masks will be given to those clients who do not have their own.

Alcohol gel will be available before, during, and after the service.

The capacity of all means of transport will be reduced to 50% of their maximum capacity.

Return transfer to and from all the locations visited on this day trip.

Hotel pick up and drop off.

You can book up until 30 hours before the activity as long as there are still places. Book now to guarantee your spot.

US$ 87.90
No hidden fees or surcharges
Free cancellation up to 24 hours before the service starts
Book

I travelled by myself
Show all the reviews
like

9.60 / 10 9,092 reviews
Our Dublin tour is the best way to discover the capital, taking in the main monuments, neighbourhoods, and stories which make up the city. What's more, it's free!
Free!
Book
like

9.40 / 10 28 reviews
Discover the wild beauty of the Cliffs of Moher: explore the Irish coastline, The Burren and Galway on this unmissable day trip from Dublin .
US$ 58.60
Book
like

10 / 10 4 reviews
Discover the secrets of the Titanic, follow in mythical footsteps on the awe-inspiring Giant's Causeway and explore vibrant Belfast on this unmissable full-day trip from Dublin.
US$ 82
Book