Kilmainham Gaol continues to be an iconic symbol for most of the Irish population, as a symbol of their rebellion against British domination.

All types of prisoners were imprisoned at Kilmainham prison, including women, men and small children accused of robbery. The damp, cold and dark cells were only lit up and heated by a small candle.

When the Irish Potato Famine hit the country in 1845, thousands of people stole food to survive and this deteriorated the conditions in the jails, since the cells were packed with people. Nevertheless, many preferred to stay in prison than being free and starve to death.

The guided tour of Kilmainham Gaol starts off at the prison’s chapel, where Joseph Plunkett married Grace Gifford shortly before being executed for participating in the Easter Rising.

Next, follow your guide to visit the cells, still gloomy and dank and continue to the patio where the prisoners were executed. Once the guided tour comes to an end, you can visit the museum that features various objects that once belonged to the prisoners.

Kilmainham Gaol remains a historic building, a symbol of years of brutality and suffering. In our opinion, visiting the Gaol is an interesting way to explore Ireland’s history. 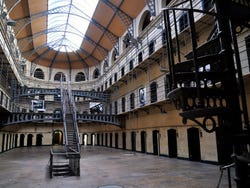 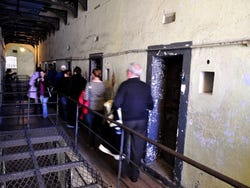 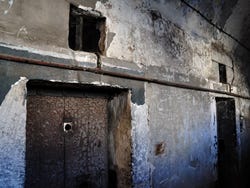