On 19 January 1940, Collinstown Airport opened to the public in Dublin, flying its first plane to Liverpool. The first terminal building was designed to house 100,000 passengers a year. The only airline company to operate from the airport was Aer Lingus. Its main destination was Liverpool, offering two flights a week.

In 1947 KLM, the Dutch airline company, began to offer flights between Dublin and Continental Europe. From the 1950s, the airport began to take off and since the 1970s, the air traffic has grown exponentially. Its terminals have been enlarged on several occasions since then.

At the end of 2010, Terminal 2 was inaugurated and since then Dublin Airport can hold up to 35 million passengers a year.

Getting to the city center

The easiest and most hassle-free way to get to Dublin’s city center is to book an airport transfer service. The driver of the car will be waiting for you at the arrival terminal with a sign with your name on it and will take you to your hotel in the shortest possible time.

You can purchase the bus tickets in advance on the following website:

Dublin currently has three urban buses that connect Dublin Airport with the city center: 16, 41 and 102. Although the urban buses are cheaper than the airport coaches, they take longer, stop numerous times during the journey and don’t admit large suitcases.

You’ll find all the necessary information about the routes and schedule on the official Dublin Bus website:

Transportation to other cities

There are several transport companies that connect Dublin Airport and other cities in Ireland. GoBus and Irish Citylink both travel to Galway, Aircoach connects the airport with Cork and Belfast, JJ Kavanagh and Sons (Kilkenny and Limerick) and Bus Éireann (several destinations). 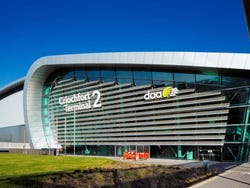 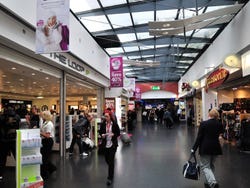 15km to the north of Dublin City.

Getting to Dublin Transportation