Why is it a pro-cathedral?

Since there can only be one cathedral per city, St Mary’s can only become a cathedral when the Pope revokes Christ Church’s title.

The neo-classical construction contrasts greatly with most of Dublin’s other parishes, most of which are gothic in style. The exterior has six imposing Doric columns, inspired by Teseo’s Temple in Ancient Agora.

The interior is also very different to Dublin’s two cathedrals and the rest of churches in Dublin. Its mixture of Greek and Roman styles has awoken a lot of controversy. Some describe it as a architectonic gem and others as a monstrosity.

St Mary’s Pro-Cathedral has an extraordinary past splattered with effort and faith. Its importance has never been fully acknowledged and has been discriminated in many occasions. Discovering this temple is truly enlightening. 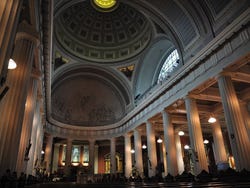 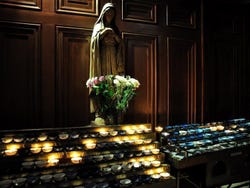