In 684, St Ouen, bishop of Rouen, was buried in the site where years later a church dedicated to him would be founded. Shortly after St. Audoen’s was completed in 1212, the church became very prominent.

Located in the walled medieval city, St. Audoen's Church was enlarged during the fifteenth century to allocate the ever-growing number of churchgoers. Saint Anne’s Chapel and Blessed Virgin Mary’s Chapel were attached to the main edifice.

In 1773, the church fell on hard times and the number of churchgoers decreased acutely and although attempts were made to maintain the parish, parts of it were unroofed. Fifty years later, St. Anne’s Chapel was also unroofed.

Centuries later, St. Audoen’s Church is still in use as a parish church and offers its visitors an interesting journey through its past.

The temple houses an exhibit that demonstrates how the twelfth century small parish grew throughout the centuries to become one of the city’s most important medieval churches.

The exhibition also features various medieval objects found in the church’s grounds, as well as part of a cobblestone path that once crossed Dublin during the twelfth and thirteenth century.

Although some of the church didn’t survive the pass of time, certain sections remained like the nave, built during the fourteenth century, and three bells, built in 1423.

Unlike any other church in Ireland, you’ll enjoy exploring Dublin’s only medieval church still in use. 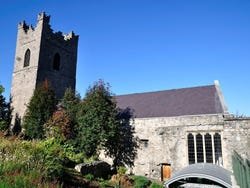 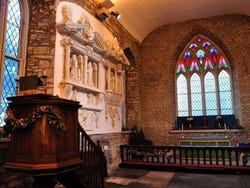 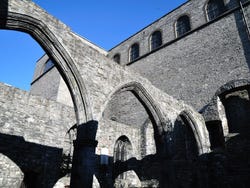