The vaults and the bodies preserved here are St. Michan’s main attraction.

Originally established in 1095, St Michan’s Church is one of the oldest standing parishes in Dublin. It was rebuilt in 1685 and restored in 1998. Inside, the building is quite small and modestly decorated. Its main highlights include an organ dating from 1724 still in use, and its original wooden gallery.

The church has become a popular tourist attraction thanks to its underground vaults that house several caskets scattered around with the remains of some of the city’s most influential families from the seventeenth to the nineteenth century. Accompanied by a professional guide, you’ll learn about these cadavers.

In one of the crypts are the remains of the brothers Henry and John Seares, executed by the English for leading the Irish Rebellion of 1798.

In the following burial place, the mummified bodies lie in open coffins covered by dust. One is missing his feet for being too tall for the casket and another is missing one hand, punishment recieved for being a thief.

If you’re not easily scared, the underground vaults of St. Michan’s Church are worth visiting. The bodies are very well preserved and the explanations of the guide are engrossing. 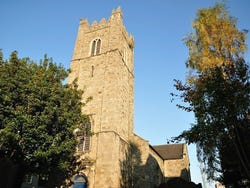 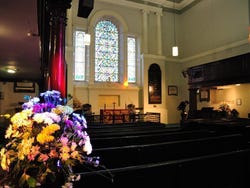 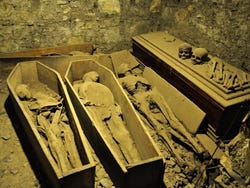 Visits are by guided tour only