The city’s widest avenue is very enjoyable to walk along and is usually brimming with pedestrians shopping or heading to one of its numerous bars or restaurants.

O’Connell Street and its surroundings, like Henry Street or Parnell Street, are some of Dublin’s main shopping destinations with numerous shopping centers, book shops and a large Primark (called Penneys in Ireland).

O’Connell Street houses numerous sculptures and monuments, including one of the world’s tallest sculptures called The Spire (Monument of Light), a large needle-like monument that stands 120 meters high. The Spire was designed in 2003 and placed where Nelson’s Pillar once stood, destroyed years earlier by the IRA (Irish Republican Army).

Other important monuments located on O’Connell Street worth seeing include the statue of Daniel O’Connell, a nineteenth century political leader known as 'The Liberator', the sculptures of Sir John Gray, James Larkin, Charles Stewart Parnell and Theobald Mathew, a Catholic priest and reformer.

The General Post Office building, designed in 1818, is rated as one of the most beautiful edifices on O’Connell Street. This emblematic structure is also beloved, as it is where the Proclamation of the Republic was read.

Even though many buildings were destroyed during the guerrilla conflict for Irish independence and then during the Civil War, some iconic buildings are still standing like Gresham Hotel, erected in 1817, or Clery’s department store, dating from 1822.

Always something to do

O’Connell Street is one of Dublin’s major attractions and a must for all tourists visiting Ireland’s capital. It is a great place to just walk around, enjoy its architecture and monuments. It is also a hub for all the urban buses in Dublin.

If you are looking for a tourist information centre, you'll find one on O’Connell Street. It is the largest office and a great place to collect your Dublin Pass, if you have purchased one.

If you would like to enjoy this avenue from a different point of view, why not book a cruise to admire it from the water? 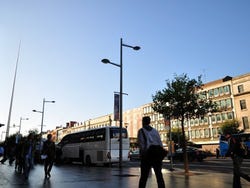 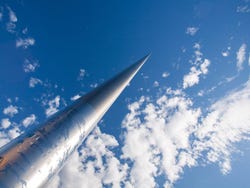 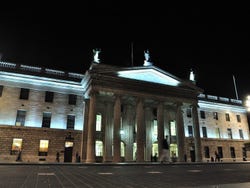 In the heart of Dublin.