Explore historic castles, kiss the Blarney Stone and see one of the Seven Wonders of Ireland on our Blarney Castle & Rock of Cashel Day Trip from Dublin. You'll also see breathtaking mountain views as we explore this beautiful part of Ireland. 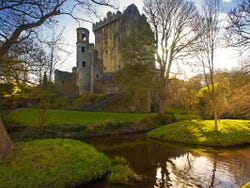 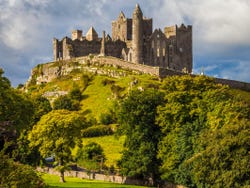 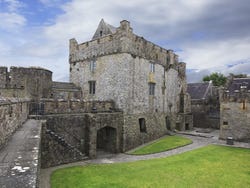 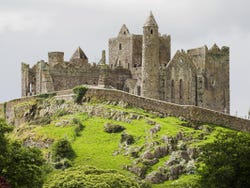 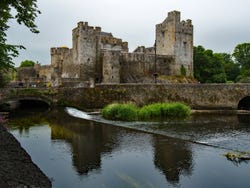 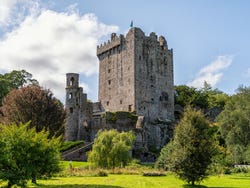 On the morning of the excursion, we'll meet up on Suffolk Street in Dublin, before setting off to the south. On the way, we'll pass through an area known as The Curragh, an open plain full of history and mystery, and these days used for horse breeding and training.

After a drive of around 3 hours, we'll arrive at one of the Seven Wonders of Ireland: the Rock of Cashel. This historic site is home to numerous structures dating back to the 12th century. We'll explore the Hall of the Vicars, Cormack’s Chapel, Celtic Cathedral, and the Round Tower as well as strolling around the lush grounds filled with standing crosses.

We'll then arrive at Blarney Castle, one of Ireland's greatest treasures. This medieval fortress is renowned for the famous Stone of Eloquence, better known as the Blarney Stone. According to legend, kissing this stone gives the "gift of the gab"! We'll have time to explore the castle ruins and its grounds, home to beautiful gardens and woodland.

Our last stop of the day will be Cahir Castle in County Tipperary, which is located on a rocky island in the River Suir. This spot is one of Ireland's best-preserved castles as it still retains much of its original structure from the 13th century. Here, we can attend a guided tour of the castle to learn all about its fascinating history.

During our trip, you'll also see breathtaking views of two different mountain ranges. One of these is the Knockmealdown Mountains, which were made famous by the Irish folk song Kitty Borne O'Brien. We'll also pass by the highest inland mountain range in Ireland, the Galtee Mountains.

At the end of the day, we'll make our way back to Dublin, where you'll be dropped off at 7 pm at Dame Street in the city centre.

The use of masks is obligatory. The client must bring their own mask.

Alcoholic drinks are not available.

Entry to the Rock of Cashel.

You can book up until 24 hours before the activity as long as there are still places. Book now to guarantee your spot.

US$ 75.20
No hidden fees or surcharges
Free cancellation up to 24 hours before the service starts
Book

9.60 / 10 9,411 reviews
Our Dublin tour is the best way to discover the capital, taking in the main monuments, neighbourhoods, and stories which make up the city. What's more, it's free!
Free!
Book
like

9.40 / 10 31 reviews
Discover the wild beauty of the Cliffs of Moher: explore the Irish coastline, The Burren and Galway on this unmissable day trip from Dublin .
US$ 57.80
Book
like

9.70 / 10 13 reviews
Created by volcanic activity between 50 and 60 million years ago, this stunning complex of 40,000 interlocking basalt columns is today one of the symbols of Ireland itself.
US$ 67.10
Book